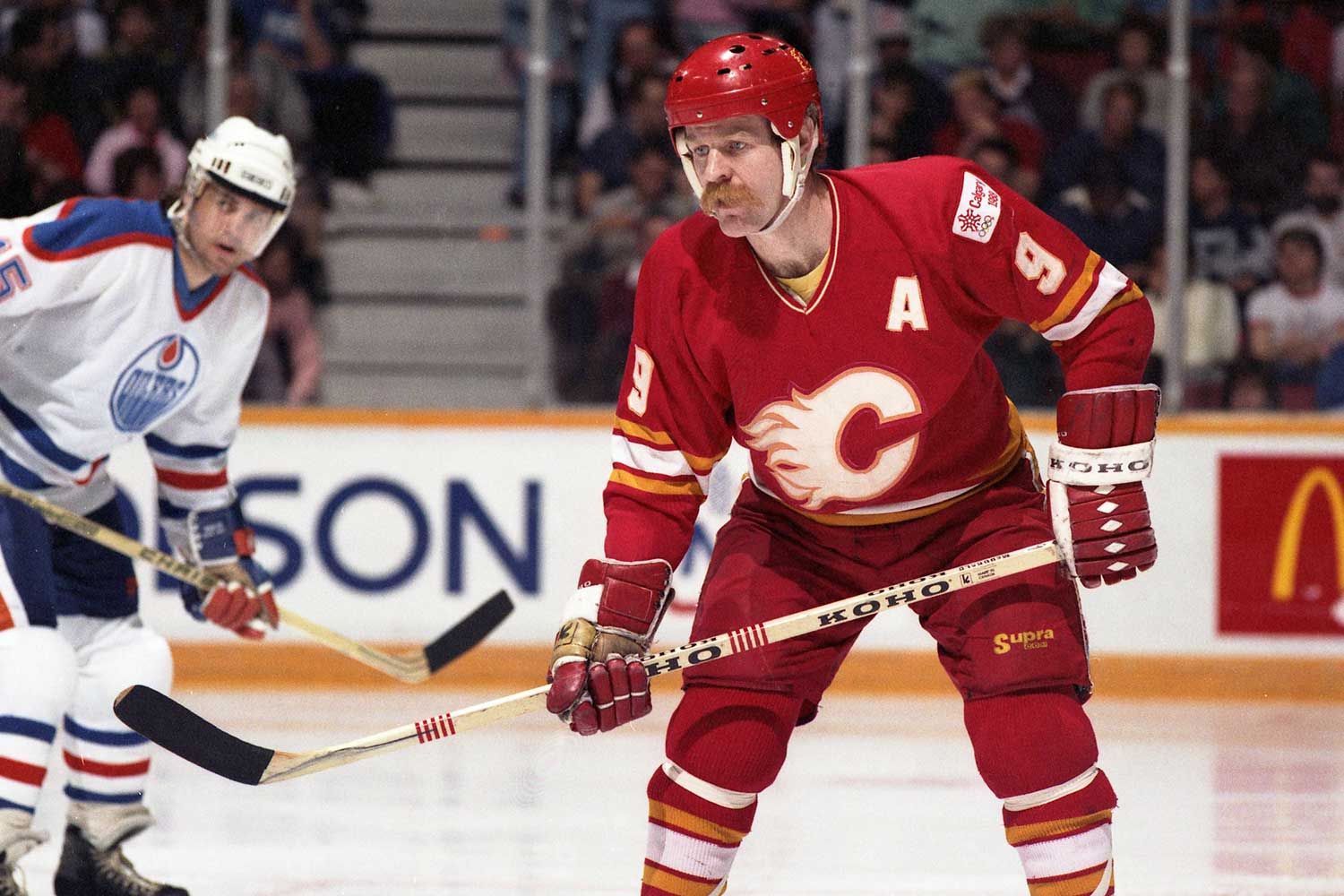 Iconic status was off in the future for the 22-year-old winger. The bushy moustache had yet to grow out and become a trademark.

“We bought our first home year three in Toronto,” said Lanny McDonald, reminiscing. “We’d just gotten married. The house was out in Port Credit. Mineola Street, I believe. A bungalow that had a bonus room up above the garage and it was the scariest thing in the world. Oh my gosh. I think it cost $125,000. We were making a good living, certainly no complaints, but buying a first house is frightening. Luckily, it turned out to be absolutely awesome."

“Darryl (Sittler) lived just down the way, on Mississauga Road. Wendy (Sittler) and (my wife) Ardell became great friends. Darryl and I would drive into the games and practices together. We had a great time in that first house. But that commitment … signing your name? Oh my God!”

For McDonald – the Hockey Hall of Famer and 1989 Stanley Cup champion whose iconic No. 9 was retired by the Calgary Flames in 1990 – his number-one priority in a home never changes.

“For me, it has to have the biggest kitchen and family room, attached if possible, because that’s where everyone spends the bulk of their time,” he said. “You’re hanging out over the kitchen counter with the kids. Enjoying a few drinks with friends. There’s laughter, there's conversation. The family room/kitchen area is the hub.”

The McDonalds have owned homes at four different addresses. “We purchased two houses in Toronto,’’ he said, “then we go to Colorado and rent the first year-and-a-half. So I talk with the owners, looking for a little security lifestyle-wise, and they say, ‘You’re not going anywhere. You’re here for life.’ Great. We buy a new house out in a new area and, you guessed it, I’m traded to the Flames two-and-a-half months later! We hadn’t even finished the yard.”

Since arriving in Calgary in November 1982, the family has resided in Springbank, renovating their property four times rather than packing up to relocate.

“It’s been fabulous,” he said. “All our kids went though the school system in the area. The boys played hockey. And now our grandkids have moved back from Montana and they’re attending Springbank and The Edge. Talk about coming full circle.”

Through the intervening years, an older McDonald, now chairman of the Hockey Hall of Fame, has occasionally returned to his residential roots on Mineola Street.

“They’ve bulldozed all the houses there and built mansions,’’ he said, laughing. “I wish we still had the lot because you’re probably talking about $2-to-$2.5-million homes now. I mean, $125,000 sure won’t buy you much there today.”